It's That Fella Across the Street

One of the interesting things about living inside the Beltway for 34 years is that I couldn't help but run into people who are power brokers in the political currency of the U.S. government. They are just there. These people usually call themselves things like government relations representatives, strategists, executive directors, consultants, public relations reps -- almost anything except what they actually are, which is influence peddling lobbyists. They look over shoulders, press the flesh, make their presence continually known, offer (and withhold as the situation may dictate) favors large and small, publicize lavish praise or circulate harsh rebukes, and beget and withhold financial largess. It is not the least bit unusual for the players to be married, or otherwise related, to someone who has a government job with important connections with officials who they target for influence.

Yes, the lobbyists do communicate a lot of important and useful information, but their primary stock in trade is power, not merit, and virtually all want bigger, more expensive government, even when their description of mission seems to suggest less.

When I resided in Alexandria, I watched the young man across the street finish college and go to work on the Hill while he attended law school at night. Upon earning his J.D. he rose quickly through the ranks and became chief of staff for an influential Congressman.

The young man's name is Duane Duncan. Duane worked incredibly hard. He is smart. He is smooth. He is sincere. Duane's dad was a printer, his mom a secretary. He is a product of Fairfax County Public Schools, Randolph Macon College and the George Mason University School of Law. He got an offer he couldn't refuse from one of those inside the Beltway, politically connected, revolving door incestuous firms, whose functioning few people outside of government understood -- at the time at least. Duane's career skyrocketed on the other side of the revolving door, as in short order he became Senior Vice President of Government and Industry Relations at Fannie Mae. Duane was so convinced of the value of home ownership that he thought he was doing God's work.

One thing I'll say about Duane, he freely admitted he was a lobbyist -- and registered as such. Duane's world was exposed in a 2002 article in Washingtonian Magazine.


Congressman Christopher Shays was lying in bed one night last March and told his wife he was about to take on a new battle. He said the Enron scandal had gotten him thinking about Fannie Mae and Freddie Mac, the two government-chartered housing-finance corporations. They were the only Fortune 500 companies that didn’t have to tell the public about their financial condition. He had mentioned the problem to a couple of staffers and allies on the House Committee on Financial Services.

The next morning, before he talked to anyone else, his office got a call from Duane Duncan, Fannie Mae’s chief lobbyist. Duncan said he’d heard about Shays’s comments and wanted to set up a meeting with Frank Raines, the head of Fannie Mae. He wondered if Shays “liked” Raines enough for such a meeting to be fruitful.

Another lobbyist approached Shays and said, “You’re making a lot of people unhappy with this.”

Shays, a Republican from Connecticut, knew Fannie’s antennae stretched all over town, but he never expected that a few stray remarks would trigger such a reaction. Figuring he was on to something, Shays teamed up with Edward Markey, a Massachusetts Democrat, on a bill to apply the government’s disclosure rules to Fannie Mae and Freddie Mac.

“The more I look,” Shays says, “the more convinced I am that they’re not eager to disclose what they do. They’re wonderful organizations, but they’re trying to protect a privilege that could ultimately be destructive to them.”Shays broke a political rule in Washington: Don’t mess with Fannie Mae. Wealthier than most nations, Fannie Mae is known to try to devour anyone who crosses it. That’s fine with Fannie Mae’s supporters, who say it has helped millions fulfill the dream of homeownership by combining public spirit and private innovation. Critics contend that Fannie Mae’s public face of heartwarming largess masks plenty of private greed. Fannie, they claim, is a company with the lowliest of missions: to juggle politicking and public relations so that its blend of subsidies and privileges remains intact.

We know now how that insider game turned out. Duane, along with the entire Fannie Mae lobbying operation, was unceremoniously dumped when Fannie Mae became insolvent and the government formally took it over in September of 2008.

Duane spent a couple of years in self-employed purgatory until jumping back into the saddle as Senior Vice President of Industry and Government Affairs for Genworth Financial, a mortgage insurance company, where Duane now lobbies government regulators to lower mortgage lending standards, to yield his company all the more mortgages to insure.

Obamacare was a bill written by and for lobbyists and the benefit of their employers.  Which means that is has about as much chance of being a good deal for the American People as the purchase of an acre of seashore in the desert.

When I moved up the Potomac to Arlington and closer to the center of power, the neighborhood became more affluent and lobbyists -- I mean government relations representatives -- abounded. Healthcare, financial, nonprofits (many scammers), telecom, alternative energy, tobacco, oil, defense contractors, and the hire by the hour crowd were all well represented. Healthcare lobbyist lawns transformed into forests of Obama signs in 2008. They danced in the streets when Obamacare passed.

The fellow across the street in Arlington was Vice President of Government Relations for an obscure, alphabet soup health care, IT firm headquartered in Quebec that no one outside the industry ever heard of. When I inquired what he did for a living, unprompted, he made sure to say "I am not a lobbyist." The fellow is smart and smooth and circumspect. His education is highbrow -- prep school, Haverford College and the Kennedy School of Government at Harvard. His job is to communicate on matters of mutual concern, he insisted. Sweet.

Since moving to Montana I am out of touch. No doubt my former neighbors are being enriched by the Obamacare roll out I thought, further expanding the DC area income and wealth bubble, but it is hard to say how now that I'm in the hinterlands.

We all know the Obamacare website is failing massively despite years of preparation and hundreds of millions of dollars poured into it. I heard several reports that the website contractor was a Canadian firm. And it was a no bid contract. Outsourced to a foreign company and no competition, how could that be?  People are wondering. 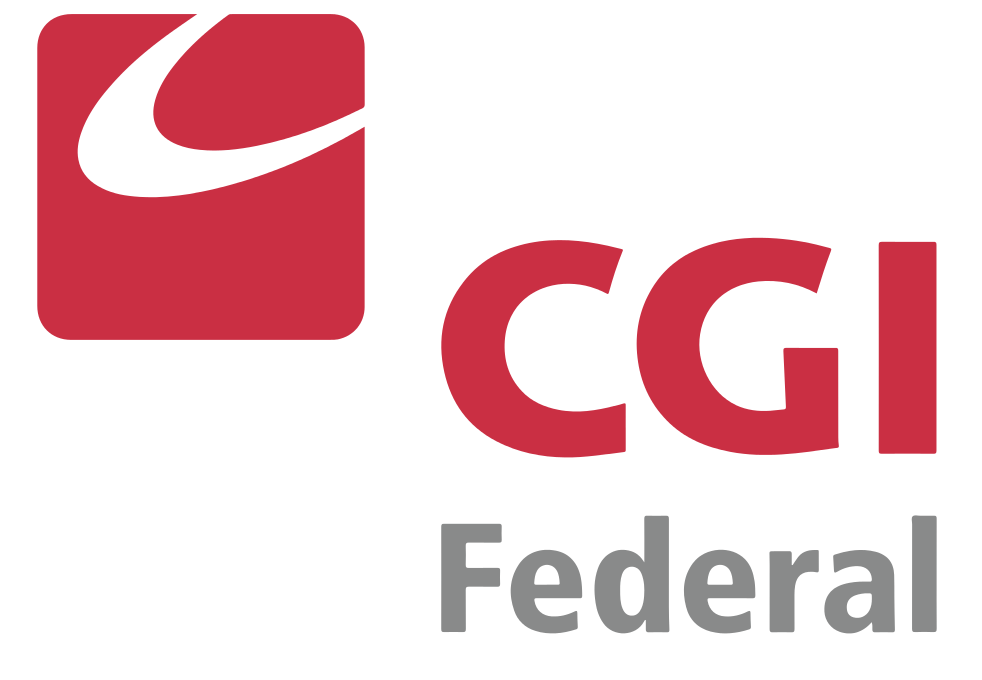 Then yesterday it clicked in my head. I confirmed it on the web. IT, healthcare, and Canada, and a contract secured by connections rather than competition, why it is the firm of the guy who lived across the street, Mr. "I'm not a lobbyist." His name is Nicholas Evans. His firm is CGI Federal. The prime Obamacare website contractor is CGI Federal -- and their performance is a giant example of how influence peddling, massive wasted expenditures and massive breakdowns drive the Federal government.

On his Linked.com page Nicholas Evans says his responsibilities at CGI Federal include:

*Managing all political aspects of reputation management effort around Affordable Care Act IT implementations, including handling all aspects of Congressional investigations around healthcare.gov.

*Coordinating the development, selection and communication of messages and channels for reaching key stakeholder groups (policymakers, media, public) on IT issues.

For those not in the know, the PAC is the pay for play funds disbursement mechanism. Previously at Accenture, his responsibilities included,


*Managed all state-level advocacy efforts, including the work of 20 contract lobbyists.

So "I'm not a lobbyist" Mr. Evans says? How about effing inveterate liar, how does that description fit St. Nick.

The incumbent crowd is slicker, more secretive and more sinister than even their ignominious predecessors. Good luck to us all because most of you have voted for more of the same.


Note 10/29/13:  "Christmas with the Obamas" is how Toni-Townes Whitley, Senior Vice President of CGI Federal, with line authority for the Obamacare portal contract, class of 1985 Princeton classmate, political ally,and student association colleague of Michelle Obama, describes this 2010 photograph on her Facebook page. 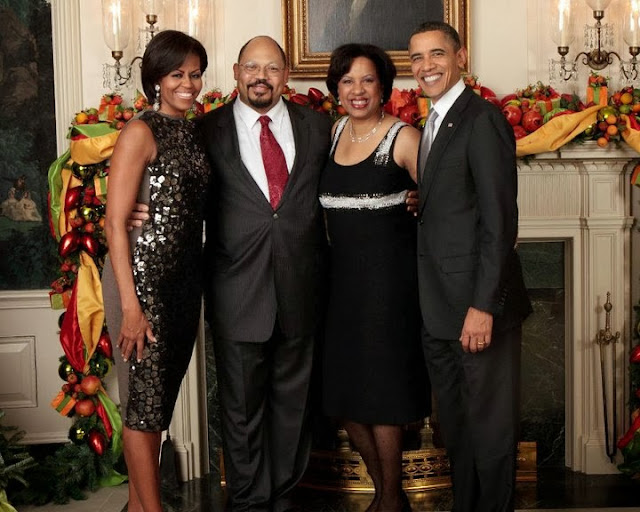 We can't imagine how she got that no-bid, single source considered contract, can we?  Of course, HHS will explain and supply the contemporary analysis and documentation used to justify contract award, hah, hah. So cozy, isn't it precious?

02/14/2014 Note: For additional developments on the IT healthcare contractor front take a gander see New Obamacare Website Contractor (It's Your Turn).  Thank you!

Posted by Along the Gradyent at 11:00 AM

Along the Gradyent
I had things I wanted to say and became tired of trying to force fit views by commenting on other people's blogs, so I started this enterprise. Contact me at gradyfosterone@gmail.com Your comments are welcome. If they are relevant, and when negative, stick to sticking it to only to public figures and don't defame or invade anyone's privacy. I'll publish them. Extended stories about life and family history are especially fun to write. We have the great fortune to have had many relatives who had prominent civic, professional, and/or political lives, which yields many thousands of references memorialized in press clippings and otherwise. I have received plenty of help from relatives who choose to remain unnamed. Those stories garner high readership. They are tagged with "Bathgate." I would say my politics are libertarian leaning. I seldom vote for Democrats, and usually don't vote for Republicans -- I have been known to get writer's cramp in the voting booth. Please do read and enjoy.